Gotham is really frustrating me, it has the potential to be so good but for some reason week after week there are incredibly boring sections. I say sections because this episode wasn’t all that bad, there were sparks of real genius in this one, the only problem is they are allowing the elements of the show that are bad to take over. The parts of the show that are really interesting and well written are the ones that are sidelined for generic and boring characters to get more screen time.

Lets start off with the positives as trust me, there isn’t a whole lot of them; Edward Nygma is actually a brilliant portrayal of the character and is quite a compelling presence in many scenes. Even when he isn’t actually saying anything he is chewing up the scenery. Donal Logue as Harvey Bullock was excellent in this episode, a truly formidable and relentless character. His scene in which he finally figures everything out and confronts the hypnotist that is forcing people to commit these crimes was a really engaging moment, it is a pity that the actors aren’t let loose like this more often. The fight scenes were once again well-directed, I am unsure just how they are doing it but in Gotham for the past couple of episodes the fight scenes have been done with a brutal realism. The punches actually appear to be connecting, its impressive. To Gotham’s credit the final scene in the police station was electric, the tension was heightened, the actors were holding nothing back in their delivery and the final moment in which the believed deceased Oswald Cobblepot strode through the doors threw everything up into the air. Hopefully due to this occurrence next episode will be strong. 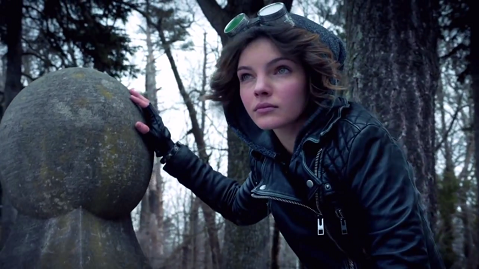 As for the negative points of this episode the first half was very generic, it was exactly like every episode we have seen so far. I found myself being very disengaged with the story, I hate to say it but some of the characters are incredibly irritating. Montoya is just skin crawlingly annoying, that isn’t a reflection on the actress in any way, she plays the role brilliantly it is just a very annoying character. 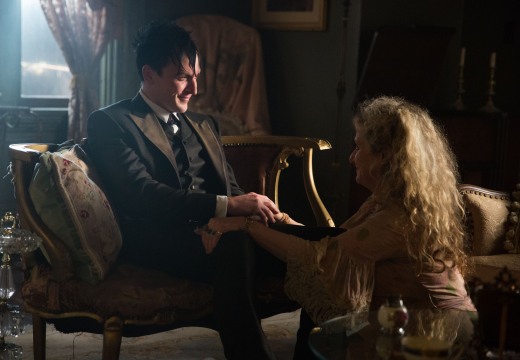 I don’t have a lot to say about this episode; in short, let Edward Nygma and Harvey Bullock have more screen time and keep up the excellent fight scenes. There was a noticeable lack of the big characters such as Mooney, Maroni and Falcone in this one, that need to change as well. Also, give Mackenzie’s Gordon more to do, he is clearly an excellent actor that is portrayed well but for some reason in this episode he seemed just like every other character in a police procedural.