The following list is a run-down of the best open world environments to explore in video games. The games on this list all have a beautiful or fascinating world with a free roam aspect. However I have not just thrown in obvious choices into this list. I know that Fallout 4 has an amazing open world experience but I have not actually managed to pick it up yet. It would feel disingenuous to write about it as if I knew it well. 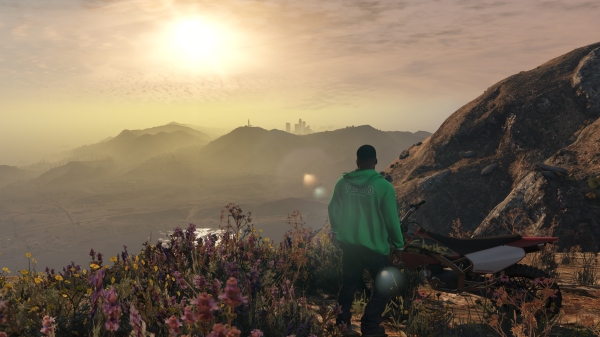 The blockbuster fifth instalment in the Grand Theft Auto franchise tops this list for having an enormous open world with infinite potential. Los Santos feels like a real place, it is a simple as that. With this living, breathing world I believe Rockstar created the most authentic free roam environment ever. Rockstar worked tirelessly to eliminate that issue in open world games that prevents you from being truly immersed which is repetition. When the same NPCs show up over and over again or when characters repeat lines of dialogue, you are taken out of the experience. GTA V avoids that issue entirely, it feels like the civilians on the street are completely unique and do not repeat themselves constantly. The streets of Los Santos are constantly thriving, the roads are full of vehicles, it feels like a living region. The fact that crimes and random events take place mean that there is never a dull moment in Los Santos. It is also one of the largest open worlds I have ever seen, it actually has multiple regions that are all unique in their own way. This adds to the diversity of the place and the replay ability of the game. 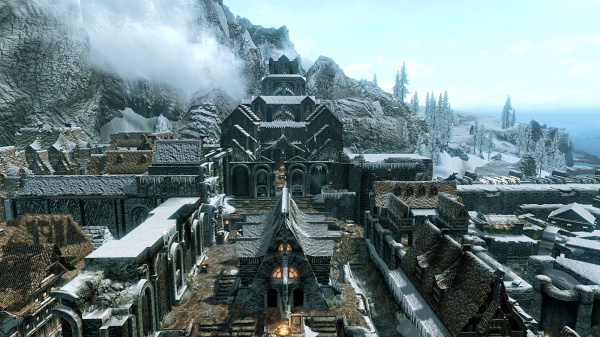 Like many RPGs of its kind Skyrim features a pretty special moment at the beginning of the game. I am of course referring to the moment that you complete the tutorial level, which also sets up the story, and are introduced to the expansive and awe-inspiring world ahead of you. In Skyrim this moment takes place when you leave the dungeons beneath Helgen to be met by the snow-capped peaks that crown the frozen north of Tamriel. The world that you are then free to explore immerses you in the fantasy mythos of the Elder Scrolls series. The locations can be beautiful and they can also be dramatic and atmospheric. Either way, they are perilous as even when you are not on a quest you can be attacked by beasts or raiders at any time. If you want to fight and adventure but you do not want to complete a quest, there are hundreds of coves and settlements crawling with enemies to discover. One thing is for certain, your travels in Skyrim are never boring. 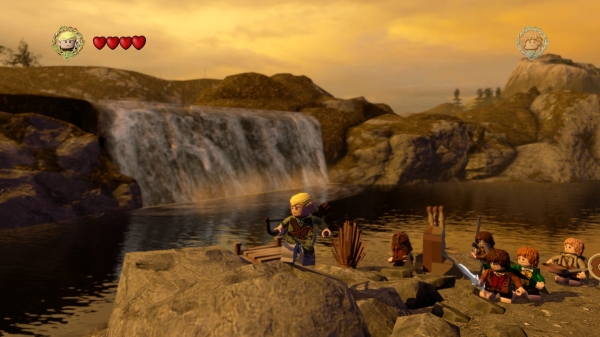 Many fans of the Telltale Games franchise were delighted to hear that they were developing a Lego Lord of the Rings game. With that being said, it was a no-brainer to make the vivid and immersive fantasy world a free roam environment. However, even Telltale Games out did themselves with this one. The open world that was created from Tolkein’s great works and Peter Jackson’s masterpiece adaptations was simply incredible. The locations that look delightful in the films look as good in the game. You can relax amongst the visuals and music of Rivendell for as long as you want. This was the first Lego game to utilise the music and dialogue of the movies, making it an absolute treat for Lord of the Rings fans. It is an awesome feeling to ride on horseback from one citadel to another. Arguably the coolest thing you can do in the game is ride across Rohan to hear the iconic theme from the soundtrack as you approach Edoras. 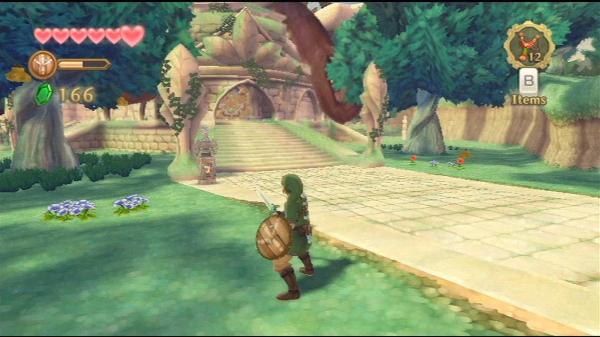 Although it is not as open as Grand Theft Auto or Fallout the Zelda series has always included the element of adventure. Akin to the previous games in the franchise Skyward Sword had a number of areas to explore freely. The dungeons do need to be completed in a linear fashion but you can come and go as you please, choosing to explore if you wish. The aesthetic of this instalment is completely unique. This time we encounter Link living in the skies on a floating village called Skyloft. It is a beautiful, heavenly place where people travel around on the back of large birds called Loftwings. The surface below the clouds was long thought to be inhospitable but you must venture down. On your quest through the overgrown and forgotten lands you see echoes of the world you used to know, places and things you have already encountered as a previous incarnation of Link. There are a number of locations in Legend of Zelda: Skyward Sword that are visually delectable. You just want to chill out in Skyloft and take in the gorgeous scenery. 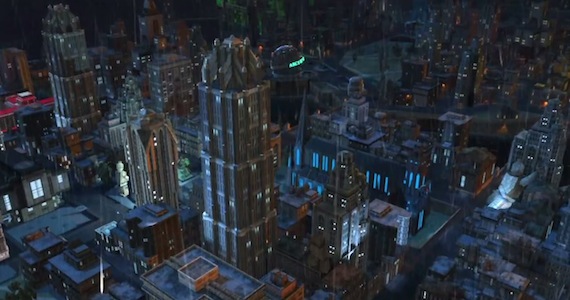 The second instalment into the franchise really stepped things up a notch. The first game only featured Batman and Robin as well as the most iconic villains of ‘The Caped Crusader’. There were many different suits for Batman and Robin but things were pretty limited on the heroes front. The sequel made a concerted effort to change this introducing a massive roster of DC superheroes. It also opened the game up allowing the player to freely roam around Gotham between missions. Telltale Games created a fascinating version of Gotham that was a lot of fun to explore and hang out in. Visually it featured all of the gravitas you would want from Bruce Wayne’s home; with enormous, decadent statues akin to that of Joel Shumacher and Tim Burton’s movies. The open world is also as chaotic as the crime ridden city should be, violent gangs create carnage in the streets so there is always someone for you to beat up.