Anticipation for UFC 202 has reached a fever pitch; Conor McGregor vs Nate Diaz 2 is a matter of hours away. The main event of this card is possibly the biggest money fight in UFC history to-date. The rest of the card is not too shabby either. I thought I would give you my predictions for the seven fights that I am most excited about. 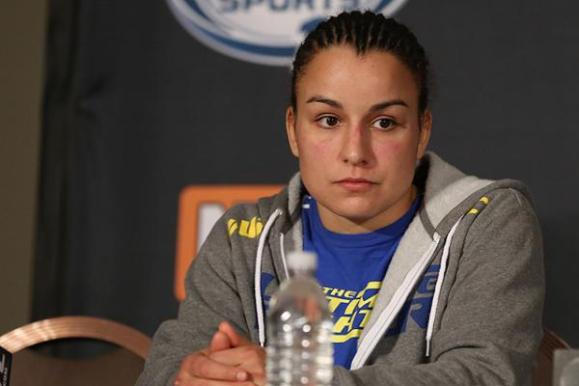 ‘Rocky’ Raquel Pennington has been on a roll lately, she is coming into this bout from a decision win over Bethe Correia and a submission of Jessica Andrade. Both of those women are big names in the women’s bantamweight division and Pennington will look to continue that success against Phillips.

Compared to Correia and Andrade this is a relatively easy win. Elizabeth Phillips is definitely aggressive but I think Pennington will weather the storm and her technique will help her achieve a unanimous decision.

This bout involves a rising star taking on an accomplished veteran. Garbrandt is the next superstar coming up in the UFC and the company clearly know it. The more first round knockouts he brings them, the more they push him.

The talk now is that Garbrandt could be on the way to a title shot against bantamweight champion, Dominick Cruz. Personally, I think Garbrandt picks up another knockout in the first round and goes on to challenge the champion.

Lorenz Larkin is a really fun fighter to watch. His flashy offence often makes for a really exciting bout. With that being said, Magny’s explosive power is overwhelming. He recently beat Hector Lombard via brutal TKO.

My prediction for this fight is that Larkin’s speed and movement causes Magny problems to begin with, but Magny ultimately gets the finish in round 2.

The rivalry between team Diaz and Straight Blast Gym goes beyond the main event. We have another bout on the card that involves members of the two camps as Artem Lobov from SBG faces Diaz’s teammate, Chris Avila.

Chris Avila is definitely a wildcard with some very impressive submission and knock out victories. He is as aggressive as the famous brothers that he trains with. However, Artem Lobov is far more experienced and is a very big threat in the stand-up aspect.

Lobov methodically picks apart his opponents with unrelenting pressure; maintaining a consistently powerful and precise level of striking throughout. I do not think Lobov will finish Avila but I see him winning via unanimous decision. Avila will be unable to put Lobov away and he will slowly pick him apart with combinations.

As we saw in his encounter with Patrick Cote, Cerrone has it in him to be extremely aggressive. He can strike at any moment with devastating results. He isn’t just skilled in striking though, he is also a high-level practitioner of jiu-jitsu.

Rick ‘The Horror’ Story is someone with serious knockout power, charging in and trying to finish his opponent with wild flurries. Story’s stand-up is such a problem that if ‘Cowboy’ tries to trade with him he may get clipped.

He could therefore elect to take it to the ground and get the submission. Although this would be after he has initially softened him up with striking.

This light heavyweight championship match is sure to be a barnstormer. We have two hard-hitting fighters here with the added incentive that, if they win, they will likely get the next shot at Daniel Cormier’s title.

Glover Teixeira is being seen as the underdog in this fight but he is my pick to win. He can probably match Johnson’s stand-up game and has a stronger pedigree on the ground. This is why he edges ‘Rumble’. Glover Teixeira wins by submission but I predict that this will come after some crazy exchanges.

It is fair to say that this is the most anticipated MMA bout in years. The first encounter was as dramatic as it gets. MMA fans are now gripped to see what would happen when both fighters have had a full camp.

I feel like the UFC want Conor McGregor to get his mojo back by beating Diaz in this second fight. McGregor is the company’s biggest star and draw, they need him to get that loss back so that his star is not diminished. This would also benefit them as it would set up a lucrative third fight.

Nate Diaz will have other ideas. I believe Nate will flip the plans on their head and defeat ‘The Notorious One’ again. Conor is definitely looking sharp so it certainly won’t be a beat-down.

Ultimately, Diaz will get it done, benefiting from the full fight camp. If he beat McGregor on ten days notice when he was barely in fighting shape, what is he going to do to him with a full camp?

Nate would become an even bigger star, potentially moving back down to lightweight to challenge for the championship. I say this because lightweight champion, Eddie Alvarez has claimed he will be there to call out the winner.

All due respect to Conor, he would not lose the super-stardom he has already acquired. He moves back down to featherweight to defend his belt against Jose Aldo regardless. Either way this is a seriously exciting fight.