The South by South West film festival is always a furtile place for entertainment news. This year has been no exception, among other things we learned that Ridley Scott wants to make a Gladiator sequel, details on that here. We also got word that Ed Sheeran will appear in Game of Throne season seven. But this chart topper cameo was not the only piece of GOT news to come out of SXSW.

In a panel with Game of Thrones writers, Dan Weiss and David Benioff, the number of episodes in season eight was revealed. We are still eagerly awaiting the seventh season but we now know that the final instalment will consist of six episodes. This comes to us from Entertainment Weekly. 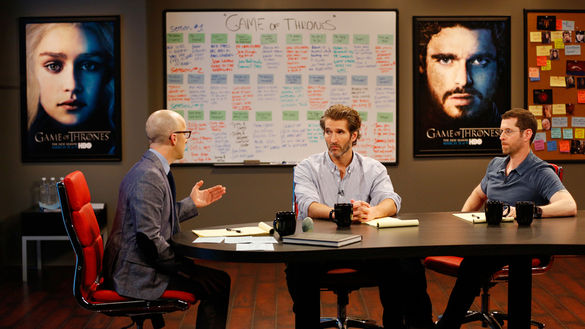 It is hard to say if this is a good or a bad thing for Game of Thrones fans. We will be getting less episodes but on the other hand, the writers will cover more ground each week. This will make each episode more eventful with less filler. It may even make them longer, it is too early to say.

Personally, I am looking forward to seeing more of The Night King in season 7. That conflict will fully conclude in the final season, revealing what the story has been moving towards the entire time. However, it will certainly be a key part of season 7 as hinted in the teaser trailer below:

What do you think about the final season being smaller? Let me know in the comments section below! Subscribe to GJC reviews for more on TV shows as well as movies, combat sports, music and combat sports. If you enjoyed this article please share it with your friends.