‘Gotta Light?’ is hypnotic in its masterful use of audio and visuals, pushing the boundaries of the medium. David Lynch has truly perfected the golden rule of writing: show, don’t tell. So much is left between the lines.

The scene in which we are taken inside an atomic bomb blast features totally unique visuals. The scene inside The White Lodge is akin to a spiritual experience. You will not witness anything as captivating, beautiful and haunting anywhere else. It transcends the medium, it transcends art in general.

‘Gotta Light?’ advances the overall story of the season and deepens the mythos of the show. However, what is so amazing, is that it does this using real world events. At the same time, it works as its own experience, drawing the viewer into a dark and twisted world, an alternate history. The director says ‘let me reveal some dark secrets to you’.

It is a bottle episode of sorts. It only features characters from the wider story in the first ten minutes or so. After this point, it is its own experience whilst revealing answers to questions we have had about that world in one gob smacking pen stroke.

The episode takes us back to the first nuclear test, showing us a grim revelation about the sin and hubris of man. This act of hatred and fear, the development of the atomic bomb, seems to allow the birth of evil into our world. It allows BOB, the antagonist of this story, into the tale to torment its characters. 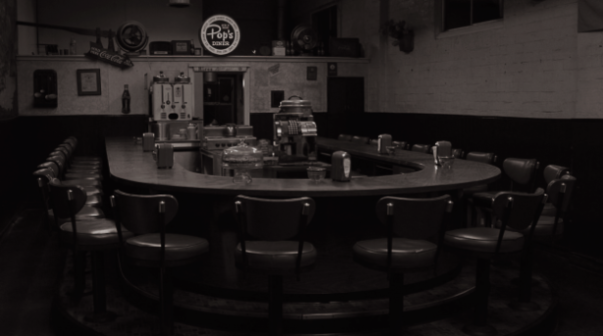 A journey into madness ensues as we see the kind of chaos that runs rampant as a result of humanity’s original sin. The strange and psychotic woodsman that repeats the question ‘gotta light?’ inspires nothing short of terror as he crushes innocent skulls.

On the surface, David Lynch’s work may seem confusing and even silly. To the uninitiated, the people that do not connect with his art, it may seem nonsensical. The truth is though, everything has its meaning; every shot, line of dialogue. Lynch’s work weaves scenes together to deepen the thematic meaning behind it.

There is a language to Twin Peaks, a syntax. When you figure out how to read his art, there is little in TV and film that is so rewarding.