The season finale of Riverdale turned out to have less major plot events than the penultimate episode. However, it trumped last week’s episode in terms of acting, writing and emotional resonance.

One Black Hood is apprehended, the other potentially dead in a suspiciously convenient off-camera event. Hiram Lodge is losing allies but like a wild animal he becomes yet more dangerous when he is wounded, his grip is tightening. The South-Side Serpents are scattered to the winds and their struggle to get back into the fight was the focus of the episode. 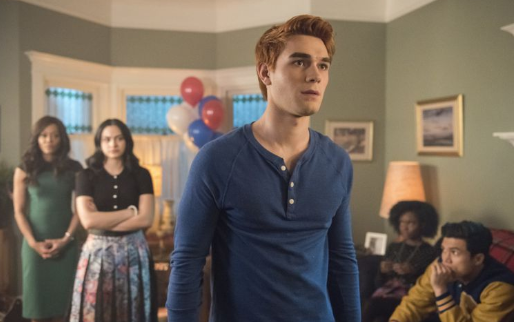 After the tense previous episode, the finale brought back the warm and light sentiment that the show is known for. With that said, it was peppered with that really theatrical darkness and foreboding.

Last week’s episode was filled with action but this week, the events were all emotional. Instead of shots of rioters fighting in the street and Archie defending Pop’s Diner, we got intimate conversations between two people in a room. The latter was far more powerful. 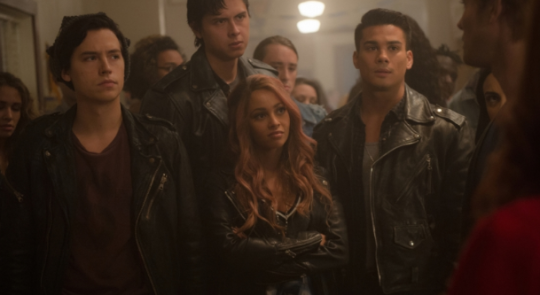 The South Side Serpents and their plight was the emotional core of the episode. It began with a scene in Jughead’s hospital room between him and his father. The dialogue and acting in this scene was incredible. There were many moments in the episode that inspired a lot of sympathy for the Serpents, especially their escape from the south side.

The serpents, now refugees, were being forced to flee their home. The sign above their former headquarters read ‘It’s all over snakes’ as they ran into the night with a haunting operatic score in the background. What a moment that was.

The dialogue had a way of drawing you in this week, you were right there in the room with them. An example of this was the scene between Archie and the sheriff in his office. We are told that Tall Boy was one of the Black Hood culprits and that he was killed in a firefight with police. 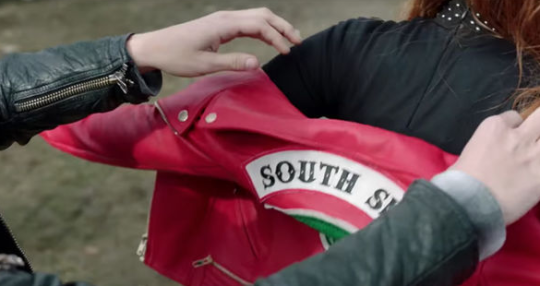 Fans online speculated that Tall Boy was The Black Hood due to his green eyes, it seems they were correct. However, something about the story sounded far too simple. Is the sheriff trying to just sweep the issue under the rug?

Speaking of The Black Hood, the moment between Hal and Betty was incredibly dramatic and a great homage to Silence of the Lambs. The scene was an almost shot-for-shot recreation of Clarice’s visits to Hannibal Lecter’s jail sell. Her reacquisition of the power in that scene was a great moment for her character.

Another triumphant moment for the good guys came in the form of Jughead’s inauguration as king of the serpents. The music and sincerity of that moment was very effective. 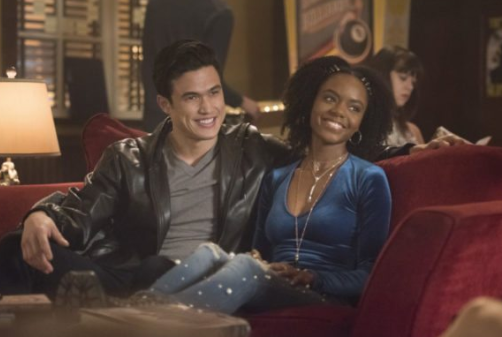 This was great storytelling and simply a great episode of television. After a dark penultimate episode, the finale was a ray of optimism. The heroes started to rise back up, they had their moments, got their punches in.

However, the villains are plotting in the shadows, preparing to launch another wave of chaos. A sense of foreboding is growing, Hiram is having clandestine meetings in The Whyte Wyrm; his illuminati are teaming up to take over Riverdale. He has finessed Archie into a trap. A Black Hood killer may still be at large and is Polly…up to something? The good guys struck out at the villains in this episode, but season 3 will see evil throw a counter punch.