Today I discovered a great eighties horror flick. ‘Christine’ is a golden oldie from the cave of retro horror curiosities. John Carpenter directed the movie which is an adaptation of a Stephen King novel.

Capenter and King are both the masters of horror in their respective medium. As you can imagine, the joining of the two minds brings an immersive and imaginative experience.

There is a language to John Carpenter’s directing and that is really sharp here. His knowledge of framing and foregrounding, use of language and framing absorb you into the screen. 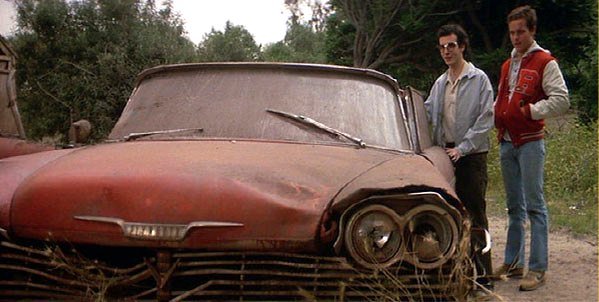 Carpenter’s use of these techniques make a mundane location into an extraordinary visual. He has the ability to speak to you using the movement of the camera. It drifts around the workshop in the intro before settling on one car.

Yes the car is a different colour to the others but something else makes it seem important. The way he captures it says ‘this one’s important’.

Carpenter can even attribute characteristics to machinary with his lens. In the same way that he gave intent to the dog in The Thing, Carpenter gives a sinister, calculating aura to a car in Christine. 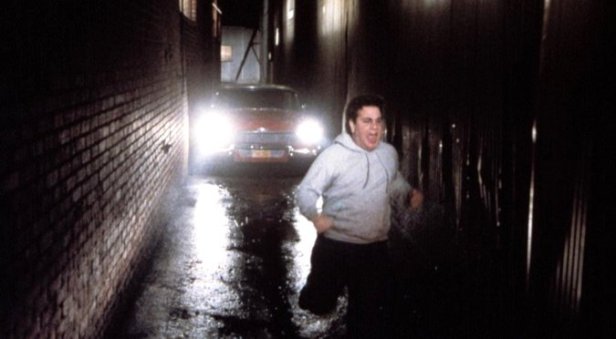 You can really tell that this film is based on a Stephen King novel. The story puts a town under the microscope. The setting is brought to life by the characterisation in the dialogue. You can see why Arnie is so repressed at first when you see how his mother is.

Another technique of King’s writing is the withholding of information to entice you in. This is done using the character of Detective Junkins, played by the great Harry Dean Stanton.

There is a ton of subtext to the character, you can imagine a whole film just about his investigation. Instead though, we follow the character on the other side of the coin.

Arnie’s mind becomes progressively more unhinged and his obsession with Christine grows throughout. This gives the joyride scene in the final act an electric atmosphere. It is the culmination, it has all been leading to this.

If you have a penchant for eighties horror, ‘Christine’ will hit the spot. Its pulpy but atmospheric. Its schlocky but clever; its Carpenter but its King.