Al Iaqunita appeared on the Ariel Helwani show yesterday and revealed that a big opponent could be on the horizon. The UFC have offered Iaquinta a bout against Kevin Lee, he accepted and awaits Lee’s decision.

Lee vs Iaquinta would be a rematch. They first met at UFC 169 back in 2014. Iaquinta was victorious via unanimous decision.

The bill for the prospective bout would be the last UFC on Fox card of 2018. The date is December 15th and that even emenates from the Wiscosin Entertainment and Sports Center. 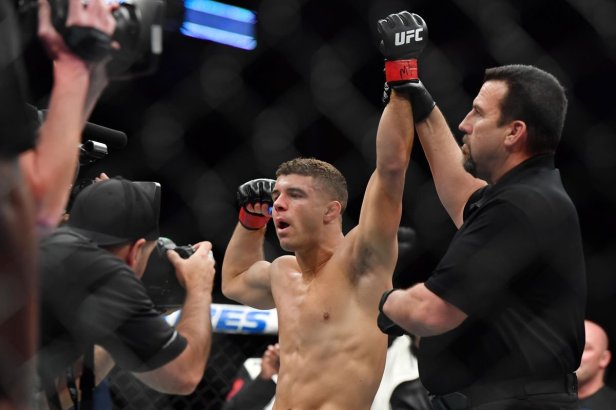 Kevin Lee was angling for a fight at UFC 229 in Las Vegas this October. He tapped Iaquinta, Anthony Pettis and Justin Gaethje as potential dance partners. Any of those opponents would be a great fight.

However, it seems the UFC want to bolster the Milwaukee attraction given that it is the last Fox card of the calender year. It is worth noting that the promotion have booked another big lightweight bout for the event in Bobby Green vs Drakkar Klose.

With Tony Ferguson squaring off against Anthony Pettis on the Khabib vs Conor bill, we could see a new number one contender emerge on the same night that the belt is contested.

With that said, Kevin Lee is a top contender who has competed for the interim title and Iaquinta fought Khabib for the vacant undisputed belt. The winner of this bout could also find themselves in close contention to the lightweight championship.