Al Haymon is a key figure in modern boxing history. The promoter is partly responsible for the rise of Floyd Mayweather Junior. He has faded into the background in recent times but the influential manager looks to be making a resurgence.

Haymon’s Premier Boxing Champions has a long standing relationship with Showtime, in August they also secured a broadcasting deal with ESPN. 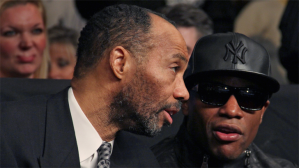 The latest news, is that Manny Pacquiao has joined forces with Al Haymon. The news comes from a Filipino news source, citing insiders close to Pacquiao.

The WBA ‘regular’ champion has been a coveted asset after recently becoming a free agent. However, Pacquiao has not just joined Haymon for this reason, he is lining up two huge bouts.

Pacquiao is apparently set to face Adrien Broner in mid January. This contradicts recent rumours that Floyd would face Broner as a warm-up to ‘Pac-Man’. In spring 2019, Floyd Mayweather and Manny Pacquiao will then clash in a lucrative rematch.

An interesting detail is that MP Promotions will co-promote the Broner vs Pacquiao bout with Floyd Mayweather Promotions. This means that Pacquiao and Mayweather are cooperating to organise a big money rematch. Huge doings in the business of boxing.