Eddie Hearn’s influence under the Matchroom Boxing-DAZN banner has grown exponentially this year, especially in recent months it seems. This is due in part to the DAZN platform, a streaming service set up to pillage the US market. The service launched in September and two pound-for-pound toppers have already signed to it.

Oleksandr Usyk, undisputed cruiserweight history-maker has inked a multi-fight deal with DAZN. The cruiserweight kind will defend his belts against Tony Bellew in December. He intends to send Bellew off into the sunset before targeting big fights at heavyweight. 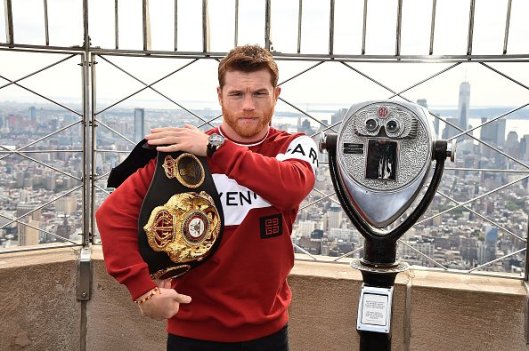 This past week, it was announced that Saul ‘Canelo’ Alvarez has signed with Hearn. This is a huge acquisition for the DAZN-Matchroom outfit. ‘Canelo’ is the number three fighter in the world pound-for-pound. Not only that, he holds The Ring Magazine belt; the WBA and WBC world titles. Off the back of announcing his next fight, versus Rocky Fielding, Alvarez has struck an unprecedented deal with DAZN. Alvarez’s next eleven fights will be broadcast on the service, the contract is worth a record breaking £278 million.

As Hearn has recently stated, he has the middleweight divisions sewn up. Middleweight champion Alvarez will challenge for Rocky Fielding’s regular super middleweight title. Callum Smith has recently secured the top spot in the division with a Ring Magazine; WBA and Muhammad Ali Trophy win in Jedah. Smith vs ‘Canelo’ is apparently an option down the road. 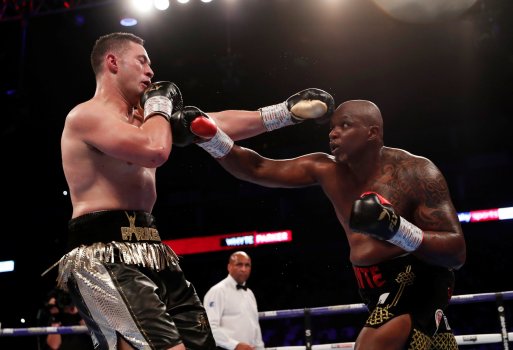 However, Alvarez’s former foe and one of the biggest stars in the sport is calling him out. Floyd Mayweather Junior has been trading social media jabs with ‘Canelo’ and Golden Boy Promotions this week. Demetrius Andrade and Danny Jacobs are both under the DAZN banner. Both men will be fighting for a middleweight world title soon.

Hearn will also likely promote Khan vs Brook, an anticipated domestic superfight. Anthony Joshua is easily the biggest star in the heavyweight division and has pledged his career to Matchroom. This means Hearn will be a part of the biggest boxing match in years. After all, the winner of Wilder vs Fury will ultimately contest the undisputed heavyweight championship of the world.

Last time out, Alexander Povetkin gave Joshua trouble for six rounds. Hearn has since been in talks with Povetkin. That is what makes Hearn such a key figure in boxing right now. Nobody can deny that Hearn’s business acumen is inspiring.