155 pounds is one of the most exciting weight classes in top tier mixed martial arts.

In recent times, we have seen Khabib Nurmagomedov contest Conor McGregor for the UFC lightweight title in one of the most anticipated and ugly scenarios since the sport’s inception.

What is curious, given that most fans find lightweight to be the most scintillating division, is that five of those fighters are currently missing from it.

In a shock announcement this week, Conor McGregor retired from MMA via Twitter. The news was followed by a number of confirmations per UFC president Dana White and McGregor’s teammate, Dillon Danis.

We have seen McGregor feign retirement before so many disregarded the post as a publicity stunt.

However, his retirement during the no-man’s land between the first and second Nate Diaz fight was of a different tone. When the UFC refused to humor McGregor’s demand to shirk media duties in order to train, he took his ball and went home.

The situation is different this time though. McGregor has successfully launched a line of Irish whiskey, Proper 12. This on top of the £3m purse for UFC 229, which does not include his share of the PPV takings and gate. 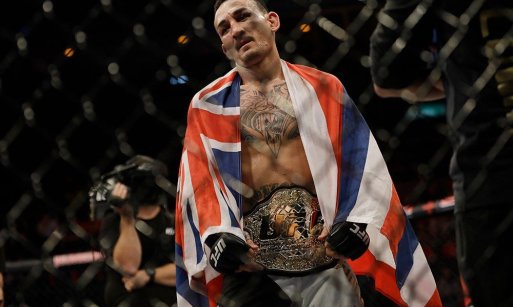 On the other hand, it is only a matter of days since McGregor issued one of his foreboding warnings to the division that he would soon return.

All things considered it could be more likely that McGregor really is retired…for now. If this isn’t just a stunt, he could be retired a matter of days before UFC brass, or a boxing promoter makes him an offer he cannot refuse.

Khabib Nurmagomedov is the undisputed and undefeated UFC lightweight champion. His record, 27-0, was forged by beating the likes of McGregor, RDA, Michael Johnson and Edson Barboza.

But following the SBG vs Team Khabib brawl that marred the biggest PPV in UFC history, he has been suspended for nine months.

Having incurred the wrath of the Nevada State Athletic Commission, the arguable pound-for-pound number one is sidelined. Contenders are disputing Khabib’s kingdom while the ruler watches from exile.

So where is Tony Ferguson? One of the most exciting performers inside the octagon is currently being kept out of it by external problems.

Tony Ferguson has unfortunately been struggling with his mental health and his family situation as a result. It would be disrespectful and unhelpful to pry into this.

The good news though, is that Ferguson is on the road back to the octagon. In recent social media posts, he has revealed that he is seeking help, mending the relationships with what he calls his “Home Team” and focusing on training. Ferguson’s comeback is inspiring.

The move up in weight, leaving behind a tough weight cut may be just what Pettis needed to revitalize his career.

Eddie Alvarez, a former UFC lightweight champion earlier this year made the decision to jump ship.

‘The Underground King’ has been involved in some thrilling contests, fighting out two Bellator title fights with Michael Chandler and a slug fest against Justin Gaethje. He is now contracted to ONE Championship in Japan, with his debut set for March 31.

In the midst of this mass exodus, a fascinating bout has been booked with an interim lightweight title on the line. Max Holloway vs Dustin Poirier at UFC 236 on April 14.

A P4P topper and featherweight champion in Holloway take on the unheralded number one lightweight contender, Poirier.

The two have fought in the past with Poirier coming out on top but both have elevated themselves to lofty heights since then.

With the undisputed champ sidelined, this is one of the few interim title fights that makes sense because it involves the best fighting the best.