HEAVYWEIGHT contender Hughie Fury is expected to announce Alexander Povetkin as his next opponent at a press conference today in Liverpool. Hughie apparently got the nod over his former world champion cousin, Tyson Fury.

Povetkin is a former WBA world champion and Hughie Fury’s toughest opponent to date, having been beaten only twice in 36 fights. 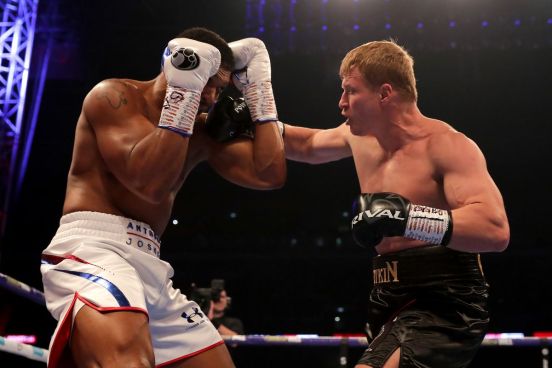 Povetkin’s only losses were in world title challenges against Anthony Joshua and Wladimir Klitschko. And he serves as Fury’s first fight as a member of the Matchroom Boxing stable.

Lineal heavyweight champion Tyson Fury is set to fight again either on September 14 at MGM Grand Garden Arena in Vegas or on September 21 at TD Garden in Boston. This validates the rumour that Povetkin was in talks to face Tyson next month before accepting an offer from Hughie.

Hughie Fury vs Alexander Povetkin is expected to take place on the undercard of Lomachenko vs Luke Campbell at the O2 Arena on August 31. Fury will announce his next opponent, the first under his multi-fight Matchroom Boxing deal at 12:30 today.